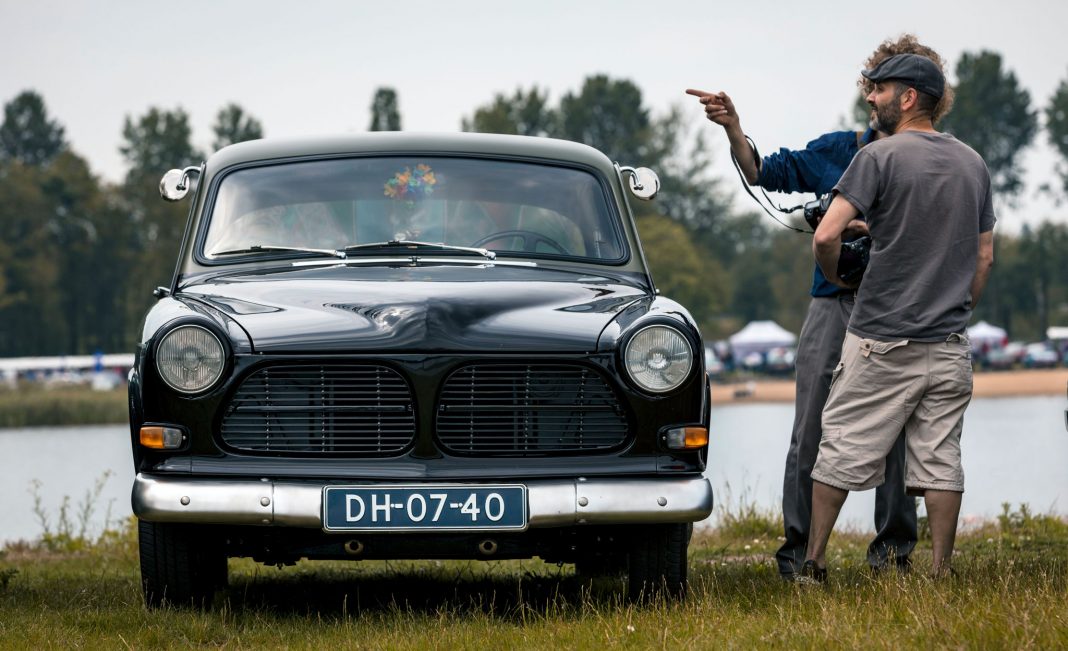 Car shows are a fantastic opportunity to photograph many interesting cars, all in one place. The down-side is that it can be a challenge to grab shots through crowds of people, cars can be too close together and the background is often less than ideal. Instantly start getting better photos from your next local car meet using these tips based on real world experience.

Before heading to a car show, it’s a good idea to do some research to find out about the location and the cars that will be there. If the event has a website or Facebook page, check photos from previous years to see what to expect and use Google Maps to get an idea of the area and any approach roads.

If you can, find out who is going to the car show, look for car clubs that might be attending as often they will meet up before or after the event. This can be a great chance for some shots before the show has even begun!

I always try to arrive as early as possible to a car show, often even before most of the cars. This gives great opportunities to get photos of cars while they are driving to the event.

Try to pick a spot where you know the cars will approach from and check that the background makes for a good photo, then sit and wait. Test your camera settings on any passing car so you are prepared when something interesting passes.

Driving shots like these look great and will give you something different than every other photographer who only turns up and walks around the show. Depending on the type of cars at the show it’s likely that many don’t drive many miles on the road which will make your photos even more interesting.

Alternatively, try to get where the cars will be parking before it’s too busy and they are all packed in together and surrounded by people. I often find that in the beginning there will be a few isolated cars, perfect for getting a photo without any distractions.

Depending on the time of year, arriving early also means that you can hopefully get some photos while the light is not harsh and the sun not directly overhead.

Arriving at a car show early also means that there will be less people getting in the way of your photos.

Don’t be tempted to rush around and grab as many photos as fast as you can as soon as you arrive.

Look how big an event is if you’ve not been there before. I once went to an indoor car show located in a large building and spent most of the time slowly going around what I thought was the only hall. It wasn’t until a quick lunch break that I realised there was a whole other building packed with cars that I could have easily missed.

Take your time to pick which cars to photograph and look for interesting details. I try to make a quick lap of a show without taking any photos just to get an idea of what cars are there and where I would like to focus my attention.

Once you find a car to photograph and you’ve picked an angle don’t rush, wait for people to move out of your photo if you need to. At a busy car show it can sometimes take several minutes of waiting for the moment to come when there is a gap in the traffic of people, so be patient.

In my experience you can also clear people out of the way simply by raising the camera ready to take the photo. People tend to respond politely by waiting before passing or even move out of the shot. It helps to have a professional looking camera and lens for this to work best!

If you are not getting any luck waiting for people to move away from the car you want to photograph, don’t worry, move on and remember to return later when it will hopefully be less crowded.

It might not only be people you need to wait for. Harsh midday sunlight is not flattering for most car photos so if you see some clouds approaching, wait for them to cover the sun.

During times when it’s really busy, you can focus on taking detail shots where you don’t need to see the whole car. These can be equally interesting photos and better than coming away with nothing to show for your patience.

People who bring their cars to a show love having photos taken of their pride and joy so you have no reason to feel shy or that they will be offended, it’s what they are there for.

Chances are that they will happily move out of the way and if you ask nicely they will work with you to open doors for interior shots, close the hood/bonnet and give you an insight in to their car.

Listen to what they have to say, sometimes car owners can tell you tips about their car which will inform you what details are of most interest or which angle will offer something unique about their car.

As you go to more car shows in your area, you’ll probably start to recognise some of the cars and the owners. Hopefully they will also start to remember you, especially if you take your time to speak to people and tag them in the photos you share online after the show.

If they like your photos, car owners are normally happy to work with you to take more photos of their car.

With people continuously moving around a car you are waiting to photograph, one trick is to try a long exposure. Aim for a 10-20 second exposure and hopefully all of the people will either disappear or become a less distracting blur and the car the sharp focus of the picture.

On a bright day you will need an ND filter to give you a long exposure while retaining a shallow depth of field.

The only downside to a long exposure is that it will mean carrying a tripod around. Don’t try to bring the extra gear if it’s going to slow you down and prevent you getting other shots later. 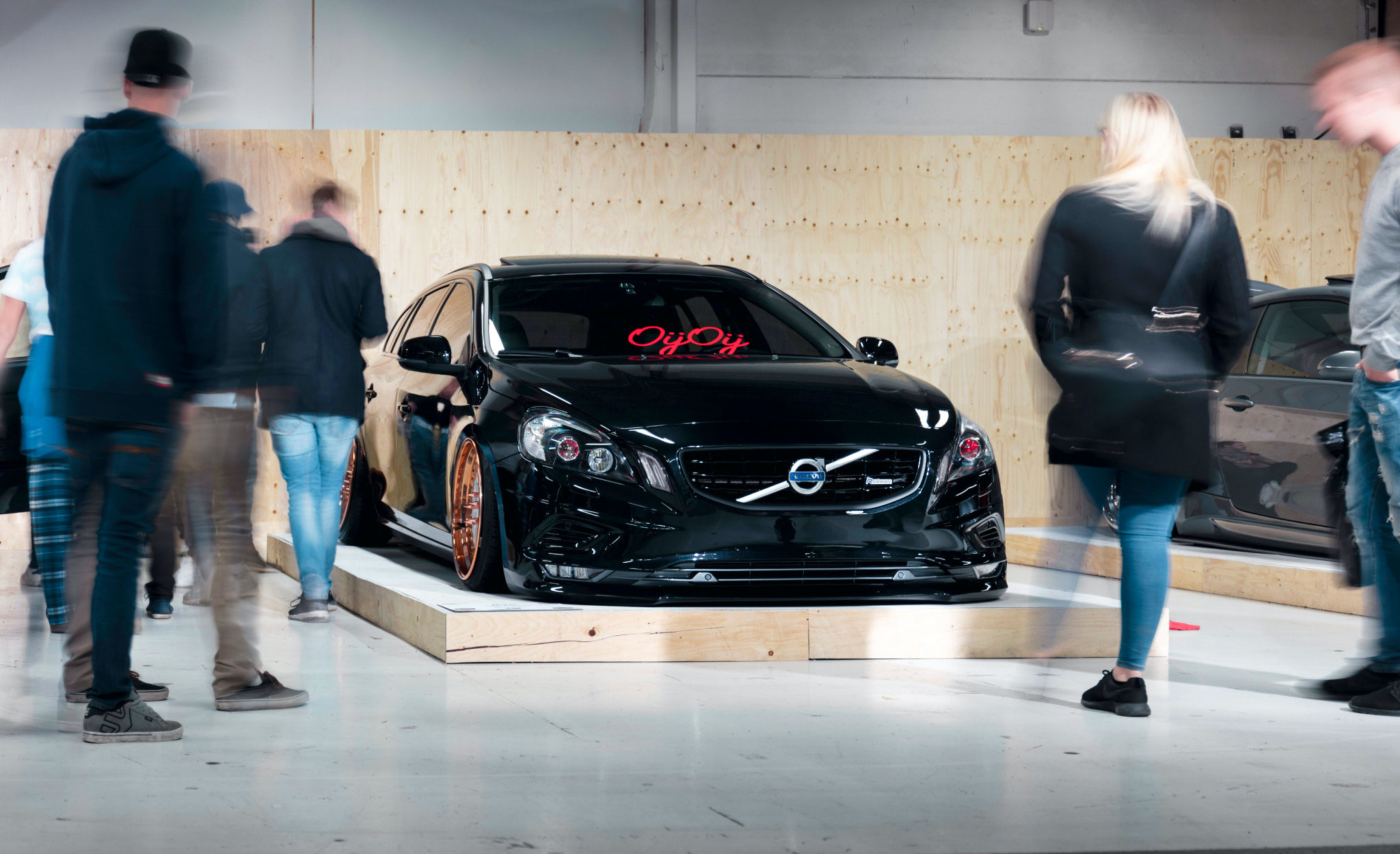 Most car shows or meets have prizes awarded for the best cars which are given out towards the end of the event.

Normally when this happens, everyone gathers around a stage for the presentation but don’t follow the crowd, instead use the opportunity to enjoy a tour of the cars to see what you might have missed earlier when there were too many people in the way.

At times car shows are going to be very crowded and impossible to avoid having people in your photos so try to work with them. Use them as an interesting way to frame the car or to block out distractions in the background. It can also be nice to include people showing their reaction to a car or picture the owner with their car. 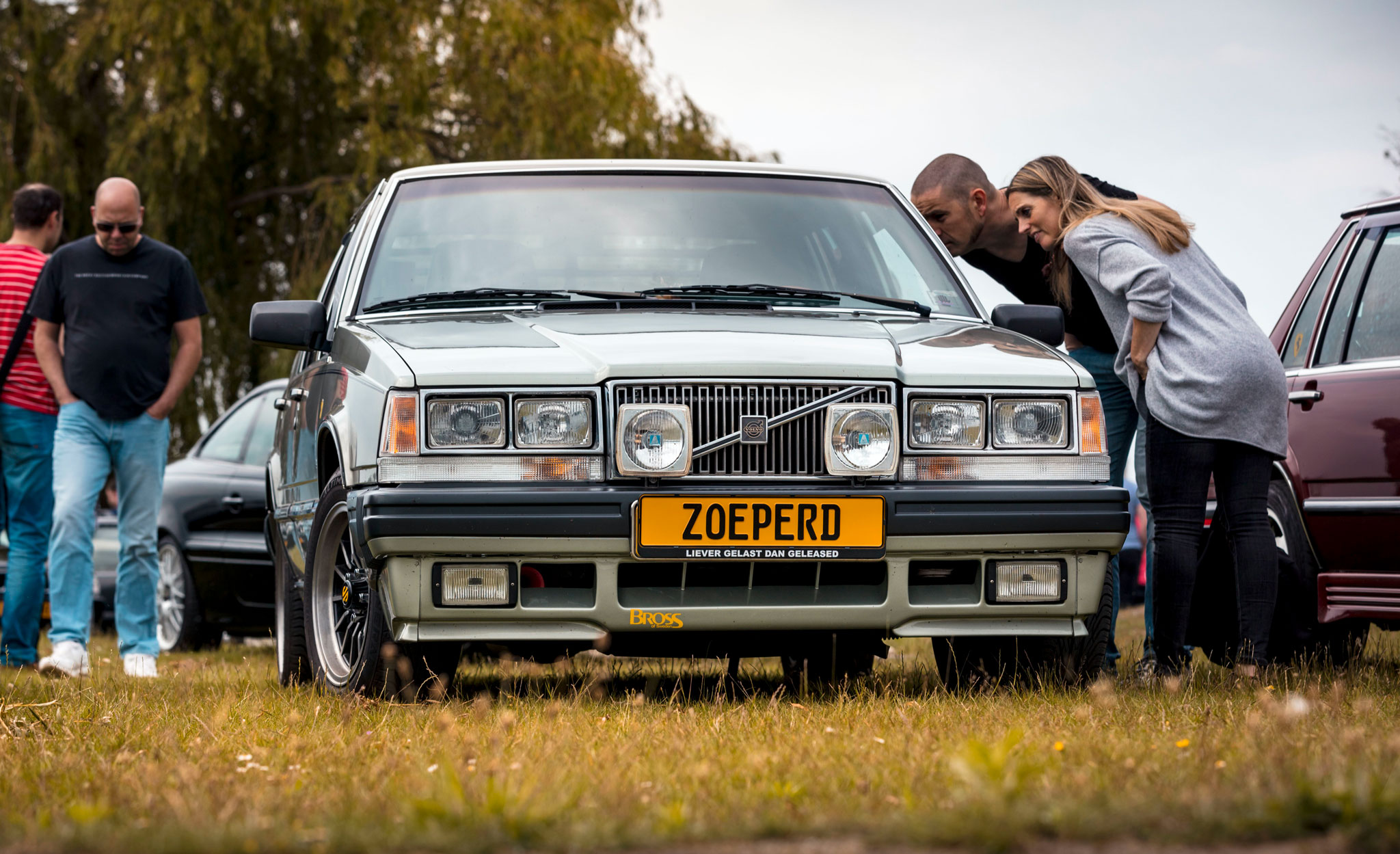 As well as arriving early, many of the same benefits apply to hanging around until the end.

There will be less people and hopefully some opportunities to photograph cars with a little more space as the parked cars leave.

This is also a good time to find any favourite cars from earlier in the day and ask the owner if they mind moving the car in to a new position especially for a photo. I find that most people are more than happy to co-operate and enjoy the attention especially if you agree to share some of the photos with them later.

Since you have more control over the position of the car I think that these photos are often my best of the day and the most fun to shoot. Try to have a location and ‘pose’ in mind so that you can quickly and confidently guide the car into position.

No matter how much planning and preparation you make for a car meet there will always be things that come up which you did not expect. As long as you’ve brought enough memory cards, they best thing to do it keep shooting. It’s better to go home with too many photos rather that only a few.

Hopefully these tips will help you get more from your car show photography, I know I wish I had known this information before I started.

How to get followers on Instagram with car photos

How to get followers on Instagram with car photos